The Ice Cream Truck Served up on DVD 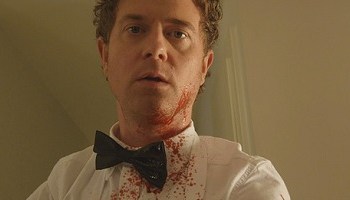 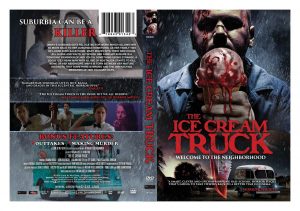 Megan Freels Johnston’s The Ice Cream Truck hit US cinemas back in August and VOD in September, and those with a taste for physical media can now pick up the film too, with the US DVD having hit shelves this week. See the artwork below.

Freels Johnston wrote, produced and directed the film, a UK disc of which is hopefully on the way. Being Human’s Deanna Russo stars as Mary, who moves back to her suburban hometown when her husband gets relocated for work, but quickly finds warm nostalgia replaced with isolation, fear and mortal danger.

Synopsis:
Mary’s husband gets relocated for work which allows her to move back to her suburban hometown. As her family ties up loose ends back home, Mary moves into their new house all alone and….waits. Yet in this idealistic world, something seems very odd. The Ice Cream Man, a symbol of youth and good times, starts killing some of her neighbors. Mary soon learns that the suburbs are scarier in more ways that she ever remembered.