Billed by distributor Wild Eye Releasing as “Don’t Breathe meets You’re Next”, crime horror House of Salem is summoned to VOD in January. In the meantime, we’ve got the trailer for you, and it’s absolutely brimming with creepy imagery. 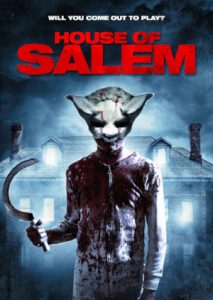 Synopsis:
A group of kidnappers become a child’s unlikely protectors after discovering they have unwittingly been set up to take part in a satanic ritual. As they begin to uncover the truth of the house they find themselves trapped, they must battle demonic forces and uncover a legacy of over a hundred years of murder in the name of the Devil.