Horror Movie Moments that would look great on a Canvas

The best horror movies can make us feel all kinds of different emotions. They frighten us, confuse us, shock us and make us jump out of our seats, but that’s exactly why we love them so much. Some horror movies even have such iconic scenes that we remember them for days afterwards, and they can even force us to think about leaving a few more lights on around the house when the sun sets. Horror movies can leave a lasting impression that other genres struggle to replicate, and that’s why we need to find ways to remember and admire them as best we can. Below we’ve selected some of the most amazing horror movie moments that would look great on a canvas.

The Shining – The Twins 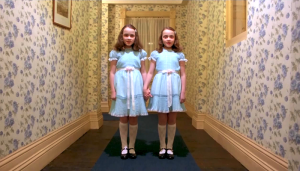 One of the creepiest and memorable horror movie scenes of all time, The Shining really stands out when Danny comes across the twin girls standing at the end of the hallway. The whole thing comes out of nowhere, and the images of the two innocent looking girls combined with the sudden shock of seeing their bodies brutally murdered in a pool of blood is incredibly unnerving. Not only that, but between these images the girls keep getting closer to Danny and asking if he wants to play. This disturbing scene goes to set the rest of the film up perfectly as one of the most tense horror films of all time. 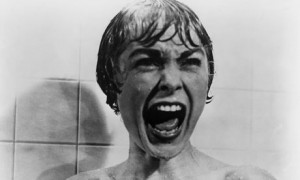 Psycho – Shower Scene
As far as iconic and memorable horror movies go, you can’t really forget Psycho. These days it might not seem as shocking as it did to audiences at the time, but the way it was executed was simply masterful. Psycho was fantastic because of the way it built up tension, the way the music tied in perfectly with the scene, and the way it actually had sympathy for the criminal mind. The shower scene in Psycho will forever be remembered and talked about, as will the chilling performance of Anthony Perkins as the reclusive, troubled and captivating Norman Bates.

The Ring – The TV Scene 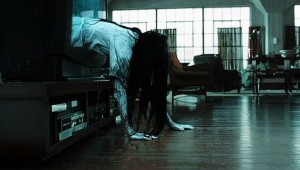 The Ring is a very polarising horror film, with some naming it as one of their favourite of all time, and others claiming that they don’t see what all the fuss is about. What cannot be argued, however, is the sheer, terrifying nature of the first TV scene, when Samara slowly walks towards the camera before somehow crawling out into the real world. It’s bound to have given viewers a fair few nightmares over the years, and it’s the very first thing people think of whenever The Ring is brought up. Having a canvas image of Samara doing her thing would certainly inspire some interesting conversation!