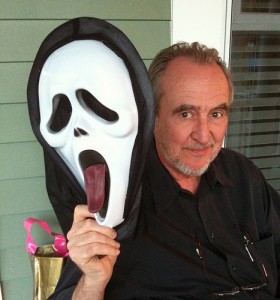 It’s with a very heavy heart that we have to report the news of Wes Craven’s passing. The horror legend passed away, aged 76, in his home on Sunday 30th August after a battle with brain cancer.

Wes Craven’s effect and influence on the horror world is impossible to measure. From his early beginnings on The Last House on the Left and The Hills Have Eyes, to his most recent endeavours with Scream 4 and the recent TV spin-off, Craven continued to challenge and shape horror until the very end. He created two of the most iconic characters in horror history with Freddy Krueger and Ghostface, who will live on as his legacy along with the many other films he has written, produced and directed.

So many horror films, directors and film-makers owe everything to Wes Craven; his horror vision was unique and unforgiving. Some of his films were genuinely nightmare-inducing; from The Hills Have Eyes to A Nightmare on Elm Street, he was a genuine master of fear. He pushed horror to its post-modern limits in 1996 with Scream, showing that horror could be funny and intelligent, as well as downright terrifying. He explored the worlds of vampires, ghosts and murderers on a plane, but also played a part in Meryl Streep’s Oscar nomination for Music of the Heart.

I will leave you with one of my favourite quotes from the film-maker, “I believe the cinema is one of our principal forms of art. It is an incredibly powerful way to tell uplifitng stories that can move people to cry with joy and inspire them to reach for the stars”.

RIP Mr Craven, you will never be forgotten.