There’s not a lot out there to satisfy one’s love for both gory horror-comedies and youtube cat videos, but it’s a niche that Hell’s Kitty seems happy to fill. Heading to DVD and VOD in March, the film also stars a bevy of horror icons. Seriously, what’s not to like?

Michael Berryman (The Hills Have Eyes, The Devil’s Rejects), Adrienne Barbeau (The Fog, Escape From New York), Doug Jones (The Shape of Water, Pan’s Labyrinth) and Lynn Lowry (Shivers, I Drink Your Blood) star, as well as Courtney Gains (Children of The Corn), Ashley C. Williams (The Human Centipede), Dale Midkiff (Pet Sematary), John Franklin (Children of The Corn) and Kelli Maroni (Night of The Comet). You can see a good few of them in our bunch of stills, and this enticing trailer.

Hell’s Kitty is based on the web series and comic book of the same name, and inspired by writer-director Nicholas Tana’s experiences living with a professedly possessed cat, who gets a tad over-possessive of his owner around women. 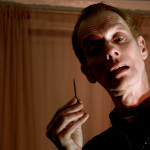 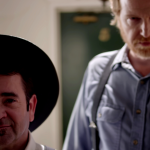 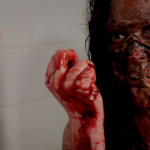 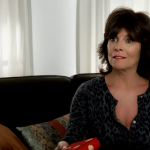 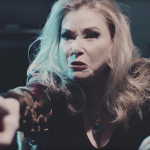 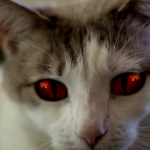 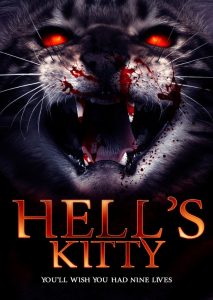 Synopsis:
Nick (Tana), a Hollywood screenwriter, discovers his cat has become murderously possessed, and will stop at nothing to rid him of any women in his life. As his life unravels out of control, Nick must find a way to have his kitty exorcised of the demonic spirit haunting her and creating a body count.