Corporate Animals, the new film from Creep and Creep 2 director Patrick Brice, premiered at Sundance earlier this year. And it’s coming to theatres and On Demand soon—Screen Media have announced they’re releasing the film on August 9th. 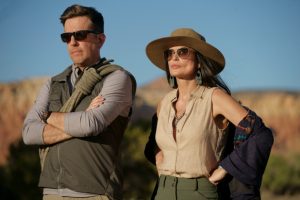 A cannibalistic horror-comedy, Corporate Animals sees the delusional CEO of a struggling startup leading her staff into the caves of New Mexico for a team building retreat. But things don’t quite go according to plan—and as the food runs out, office bonding takes on a whole new meaning.