HERE’S THE POSTER AND FIRST IMAGE FROM SHUDDER’S CREEPSHOW

Shudder’s Creepshow series doesn’t have a release date just yet, but it does have a brand new poster. What’s more, executive producer Greg Nicotero shared the very first image from the anthology show with Entertainment Weekly earlier this week, and it looks like a real scream. 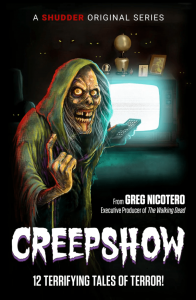 In the pic, we can see Tricia Helfer (Lucifer) having a good old shriek in the episode “Lydia Lane’s Better Half.” A take on an old Mario Bava movie, the episode is directed by Roxanne Park (V/H/S, Body at Brighton Rock) and based on a story by Nicotero. In it, Helfer plays an executive who finds herself in an untenable supernatural situation. 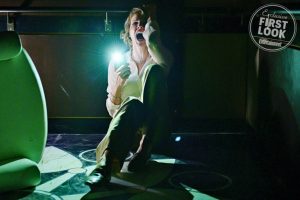 All in all, the season will feature six episodes made up of twelve total segments. Other cast members include Tobin Bell (Saw), Adrienne Barbeau (The Fog), David Arquette (Scream), and Jeffrey Combs (Re-Animator).