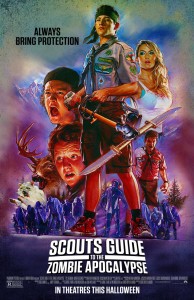 It’s almost time for those cheeky scouts to give us a guide to the zombie apocalypse and to remind you that they’re on their way we have a whole host of images for you to feast your eyes on. They show our characters, which include a group of scouts and a badass cocktail waitress getting more than they bargained for one evening. Expect lots of bloody action and humour with this one; it’s definitely got a Zombieland vibe about it.

Scouts Guide to the Zombie Apocalypse comes from director Christopher Langdon (Paranormal Activity: The Marked Ones), so hopefully he’ll be able to put an intuitive twist on the zombie genre, because The Marked Ones did give the PA franchise a commendable little mix-up. 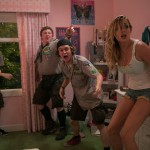 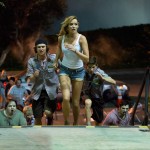 Scouts Guide to the Zombie Apocalypse will be released in the USA on 30th October and in the UK on 6th November.
Share this...