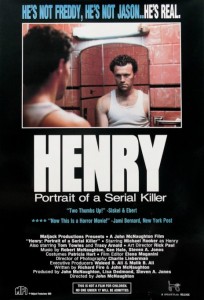 Synopsis:
A serial killer with nothing but contempt for humanity stalks the streets of Chicago. After being taken in by an old prison buddy, he begins to sow the seeds of murder.

Throughout the 1980’s, the slasher craze was in full swing. Villains like Freddy Krueger and Jason Voorhees terrorized teenagers, haunted our nightmares, and racked up the ticket sales at the box office. These films helped to provide an escape for teens trying to forget all the troubles brought on by adolescence. When it comes to films of this nature, one fact remains; they’re fantasy. At the end of the day, it’s very easy to dismiss them as make believe. That’s not to say they’re not enjoyable, far from it. They’re a form of entertainment, nothing to be taken too seriously.

If you turn on any local news station late at night, details of ghastly crimes are right there in front of your eyes. Most of the time, they’re more grisly than anything you’ll find cooked up by any screenwriter. Like the old saying goes: “Truth is stranger than fiction.” Making a horror film based on real events can have very mixed results. There are times when you get a product that’s so far removed from the events in question, it seems laughable, and taking it seriously is next to impossible. However, sometimes you get something that’s completely chilling in its realism.

Henry: Portrait Of A Serial Killer is that film. No exaggeration, it’s one of the most chilling films ever made. It’s absolutely shocking in its realism, and gives us a first hand look into the mechanics and mindset of a psychopath. The narrative is loosely based on serial killer Henry Lee Lucas and his alleged crimes. The film also focuses on his relationship with fellow criminal Ottis Toole, renamed Otis for the film. Although certain facts are exaggerated and changed, they’re so close to the actual events that transpired, you’d think this was a documentary filmed in real time.

Michael Rooker plays Henry in his first major screen role. Truth be told, this is one of the most terrifying performances by an actor in history. Not since Robert Mitchum in The Night Of The Hunter has one person left such an indelible mark on a film. Rooker’s cold-hearted deadpan delivery shows us a human being completely detached from the everyday world, and a complete lack of empathy for those who populate it. 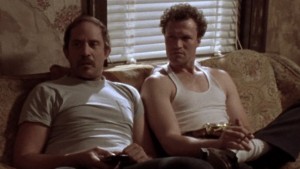 Henry brings Otis into his world of sadism, and begins to train him in his method of thinking. In one of the film’s most memorable scenes, Henry tells his counterpart “Open your eyes Otis, look at the world. It’s either you, or them.” That’s the overall theme with Henry that’s established early on. This is a story of one man against the world.

Henry is a very perplexing character. As the lead, he’s someone you hate, fear, and are utterly repulsed by. At the same time you can’t help but be fascinated by him. Unlike the typical thug from a slasher film, he’s so realistic that he reminds you of someone you might have known at one point. As our story progresses, more of who he is as a person is gradually revealed. The horror that emanates from this film comes from a monster, and the monster is a human being. 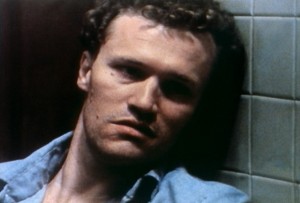 The violence shown onscreen is shocking, and really builds the atmosphere to a fever pitch. Unlike your typical slasher film, these deaths aren’t sensational or extremely graphic. A large amount of the content is left up to the imagination of the viewing audience. Instead of having a long drawn out murder sequence, a lot of times we’re shown the aftermath of the crime. When there’s a violent act committed in the film, it’s genuinely unnerving. It isn’t a bucket of blood and guts aimed to shock the viewer, it’s a sequence that genuinely feels disturbing, not to mention very real.

2016 marks 30 years since the release of Henry: Portrait Of A Serial Killer. After all these years, this film stands the test of time as one of darkest films ever made.