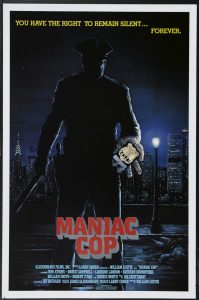 HBO has greenlit an event television series based on William Lustig’s 1988 cult film Maniac Cop, and Nicolas Winding Refn (The Neon Demon) and John Hyams (Black Summer) have been tapped to direct.

Refn and Hyams will also executive produce the series along with Lustig, and Refn will serve as showrunner.

The original Maniac Cop saw a uniformed killer creating chaos on the streets of LA. Refn was first attached to the adaptation in 2016, when it was announced as a feature film. He says the project evolved into a series after he and Hyams found themselves wanting to explore the story’s world in greater depth.