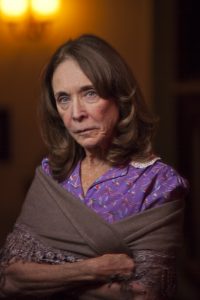 Egging houses and prank calling strangers is no fun on your own, and if you are planning on spending Halloween solo, then Recall Studios’ brand new VR horror experience would be a fine way to spend it. Entitled 360 Degrees of Hell, it plays as an immersive 360° sequel to Joe Raffa’s 2012 film 6 Degrees of Hell, which starred Corey Feldman.

Following the events of said film, the experience is directed by Harrison Smith who, as well as writing 6 Degrees of Hell, is the director behind Camp Dread and the crazily anticipated horror icon-athon Death House.

360 Degrees of Hell was filmed inside the notorious Hotel of Horror in Saylorsburg, Pennsylvania, a nationally ranked and renowned haunted attraction. It stars A Nightmare on Elm Street’s Amanda Wyss, who talked to me for Scream’s upcoming Halloween issue. Alongside Amanda are Lauren Compton (ClownTown, Death House) and Susan Moses (6 Degrees of Hell, Camp Dread). 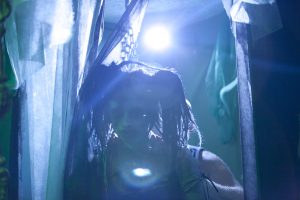 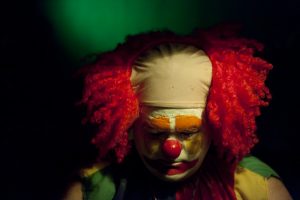 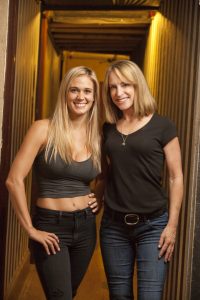 Kelly and Jamie search for their missing brothers inside a real life Halloween haunted attraction, ‘The Hotel of Horror.’ Their virtual reality tour brings them in direct contact with an entity that may be friend or foe, but leads them through the rooms of a building that has seen death many, many times.

360 Degrees of Hell can be viewed for free by downloading the Recall VR app from both the Apple and Google Play stores, or on YouTube 360.