Hannah Fierman, who was the stand-out star of horror anthology V/H/S, is set to make her feature directorial debut with the psychological horror film The Events Surrounding a Peeping Tom.

The movie will tell the story of Martin Malone, a lonely voyeur who is caught and arrested after a misstep. But as he nears the end of his court-mandated rehabilitation, he starts to suspect that someone—or something—far more sinister is watching him…

We’ll bring you more details as we hear them. In the meantime, check out these cool early posters designed by Marc Schoenbach of Sadist Art Designs and Jared Connor of Mexican Chocolate respectively. 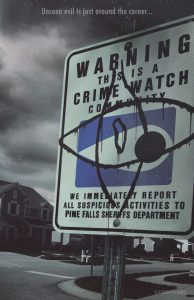 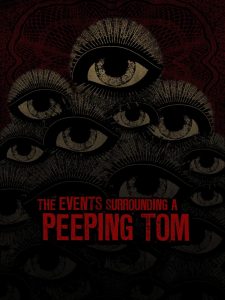