Halloween has had a -sort of – happy home at Dimension for the past 20 years which began with the release of The Curse of Michael Myers in 1995, but that era is over as the studio has now lost the rights to the franchise. In turn, this means that Halloween Returns will, in fact, not be returning and is going on a permanent hiatus.

This news is a shame, because there is so much room for a brand new Halloween sequel, but with Rob Zombie’s interpretations not going down too well, perhaps it’s good news that the franchise will be searching for a new home and a new start to go with it. 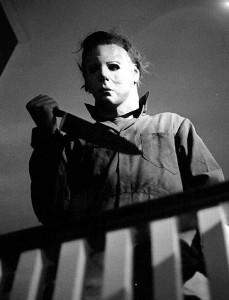 So, what’s now for Halloween? As the rights have now returned to Miramax, that studio is now shopping around for a new one to take the reigns and zap some much-needed life in to the slasher franchise. But, which one would give Michael Myers a happy home? Perhaps Lionsgate or Blumhouse; they’re both quite handy with a horror film. Or maybe Paramount, where he could live in harmony with Jason Voorhees, or take him on like Freddy once did? If the rights went back to Universal – who did a great job with the original Halloween 2 and Season of the Witch – that wouldn’t be too bad, would it?

It’s all up for grabs and we could be on the verge of a new slasher VS slasher flick, but the most likely outcome is another Halloween reboot or an origin story. More as it comes!