Halle Berry Set To Take On The Blob?

Confirmation continues to elude us as to the production status of the upcoming remake of The Blob, although the project – which was originally scheduled to go into production back in 2015 – has been through a few film markets of late. And while a question mark hangs over the involvement of Samuel L. Jackson (who has been attached for sometime), it seems another Hollywood biggie may be lined up to join the cast.

Distributors Swengroup (Maggie, Chained, In Fear) have a listing for The Blob on their website which not only gives us this early piece of sales art, but has Halle Berry down to star. Oscar winner Berry has of course dabbled in the horror genre before, having starred in 2003’s Gothika and 2012’s Dark Tide. 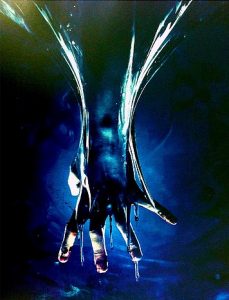 Con Air/The Expendables 2 director Simon West seems to still be set to helm the film, which will re-imagine the events of the 1958, Steve McQueen-starring B-movie classic, in which a gelatinous, extraterrestrial creature lands on Earth and starts devouring its way through the populace of a small American town.

As with Fox’s recently announced The Fly remake, The Blob is based on a film which has already been remade in fine fashion in the ‘80s, in this case by Chuck Russell in 1988. So is there much point? West thinks so, saying in 2015, “With modern CGI we can now fully realize the potential of The Blob. The world I create will be totally believable, immersive and emotionally satisfying. It’s a thrill to introduce an enduring icon to a wider audience and a whole new era of fans.”