H1Z1 to be Split in to Two Separate Games 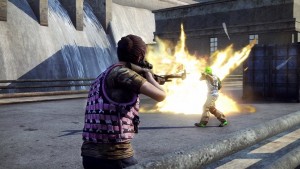 According to an article on the official H1Z1 website, the game is set to be split in to two separate games; H1Z1: Just Survive and H1Z1: King of the Kill (KotK).

The article states, “The survival game will now be called H1Z1: Just Survive, with a renewed focus on truly delivering a persistent, open-world zombie survival experience where scavenging, crafting, and base building are the difference between life and death. […] The fast-paced shooter comprised of multiple, fight-to-the-death game modes, including Battle Royale, will be called H1Z1: King of the Kill (KotK).”

The game went in to Early Access at the beginning of 2015 and has since sold well over 1 million copies. By monitoring the trends of those who are playing H1Z1, it has been noted that gamers tend to exclusively play either the Survival or Battle Royale mode, and rarely deviate from one or the other. Thus, in order to be able to fully support both these aspects of H1Z1, they are going to become two standalone games.

This is great news and proves that those behind H1Z1 are listening to us, the gamers. Splitting the game in to two parts means that two separate development teams can help make their creations flourish and give both aspects of the game an equal amount of attention.

Both games will be available as Early Access titles on Steam from 17th Feburary 2016.