Guns at the Read; New Images from Tremors: A Cold Day in Hell

A batch of images have been released for upcoming sequel Tremors: A Cold Day in Hell and they showcase the big guns that are going to be used to restore normality. The film will be the sixth in the Tremors franchise and will star Michael Gross as Burt Gummer once again and Jamie Kennedy as his son Travis Welker. 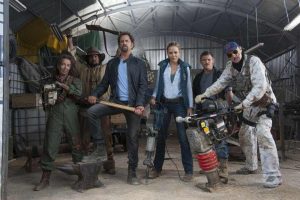 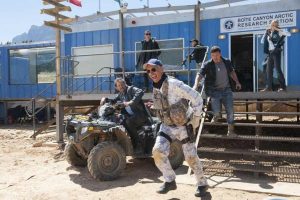 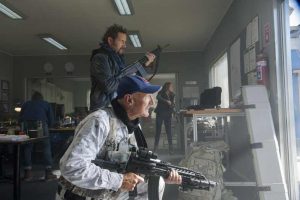 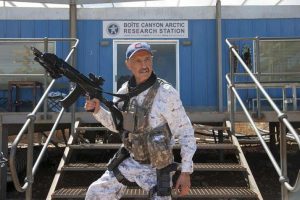 Synopsis:
Burt Gummer and his son Travis Welker find themselves up to their ears in Graboids and Ass-Blasters when they head to Canada to investigate a series of deadly giant-worm attacks. Arriving at a remote research facility in the arctic tundra, Burt begins to suspect that Graboids are secretly being weaponized, but before he can prove his theory, he is side-lined by Graboid venom. With just 48 hours to live, the only hope is to create an antidote from fresh venom — but to do that, someone will have to figure out how to milk a Graboid!

Tremors 5: Bloodlines director Don Michael Paul will be directing the film from a script written by John Whelpley; scribe of Tremors 3: Back to Perfection.

Check out the first look at the film below and be sure to catch Tremors: A Cold Day in Hell when it arrives on Blu-ray, DVD, and Digital HD sometime this year.