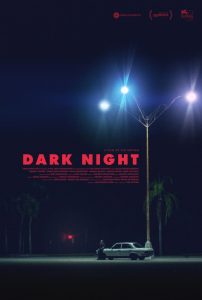 Loosely based around the 2012 mass shooting in Aurora, Colorado in which 12 people were killed during a midnight screening of The Dark Knight Rises, the cannily-titled Dark Night aims to confront the tragedy head on, along with the wider debate surrounding gun control in the US.

Shot in Sarasota, Florida, the film mixes dreamlike visuals with documentary-style shooting techniques, as well as a cast of non-professional actors. Taking perhaps, a similar approach to the material as Gus Van Sant did to the Columbine school shootings with Elephant, the film follows the activities of six strangers over the course of the day and night leading up to the shooting, the killer among them.

The third feature from director Tim Sutton, Dark Night premiered at last year’s Sundance festival, going on to win the Lanterna Magica Award at the Venice Film Festival in September. 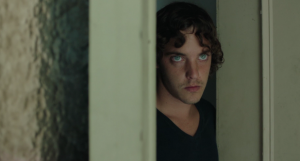 Expect tempers to be flared when the film plays at selected US cinemas from February 3rd. In the meantime, check out the haunting, ominous trailer.