Guillermo del Toro Confirms his Adaptation of Pinocchio is Dead

Guillermo del Toro has confirmed that his planned stop-motion adaptation of Pinocchio is dead in the water. The project has been planned since, at least, 2008, but The Shape of Water director spoke about the project to IGN and said:
“It’s not happening. But the idea was to do Pinocchio during the ascension of fascism in Italy, with Mussolini. It was a good time to discuss the idea of being a puppet or being a human, but you know, it’s not in progress.”

Went we first heard about the project all those years ago, del Toro described the idea that came from Gris Grimly; a version of Pinocchio that contained the “original spookiness”.

“We are trying to get a full stop-motion version of Gris Grimly’s Pinocchio off the ground, with the Jim Henson Company. The idea came from Gris, and everybody loves his book about it. The original story is far more perverse and spooky and semi-necrophilia vibe to it in certain aspects. Gris certainly has that vein in him, he wants to do this with that original spookiness in it, we are trying to get it going.”

I suppose we will have to add this to the pile of del Toro films’ we’ll never get to see, along with Hellboy III and At The Mountains of Madness. Sigh.

To give you an idea of what the film could have looked like check out a few images of Grimley’s imagined art work below. 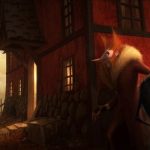 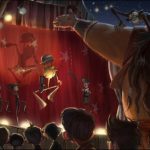 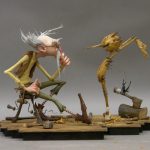