Billed in the press materials as “Godzilla meets The Ring”, Ryan Bellgardt’s creature feature Gremlin hits VOD on July 11th from Uncork’d Entertainment. Before then, they’ve given us a brand new trailer, poster and some stills. 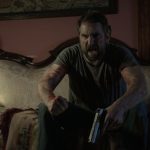 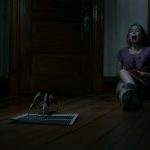 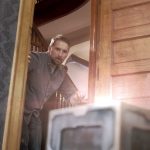 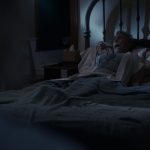 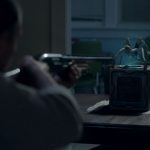 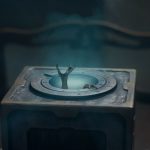 The second feature from Bellgardt – who directed 2013’s Army of Frankensteins – Gremlin features a monster contained in a mysterious box, that kills those close to whoever possesses it. The curse is passed on by giving the box to a loved one. 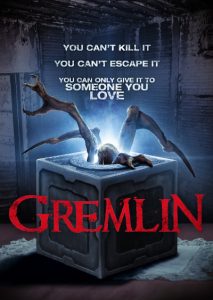 Synopsis:
Two years after the murder of his 10-year-old son, Adam Thatcher receives a mysterious box from a relative containing a terrible secret, a creature that will brutally kill everyone he cares about one by one. The only way to release himself from the curse is to give the box to someone he loves, continuing the never ending circulation of this ancient evil. As the ominous timer on the box counts down to its end, Adam can only imagine the horrors that await. Does he give the box away to save his family, or face his own demise while unleashing a powerful terror on the rest of humanity? He can’t destroy it. He can’t escape it. He can only give it to someone he loves.