The first major acquisition of the ongoing 41st Toronto International Film Festival is Greg McLean’s The Belko Experiment, which was snapped up by Orion and BH Tilt. 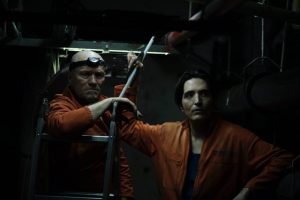 Synopsis:
On what appears to be a normal day at Belko Industries, Belko employees are horrified when they find out that they’ve become guinea pigs in a company-wide experiment which will lead them to either kill their fellow employees or be murdered themselves. The experiment is masterminded by a mysterious voice which is controlling the loud speaker and instructing the employees to slaughter each other by any means necessary.

The Belko Experiment premiered on Saturday as part of TIFF’s Midnight Madness programme. “Midnight Madness is the destination for those who love to sink their teeth into excessive, unrelenting, weird and wild films,” said International Programmer for the Festival Colin Geddes, who described McLean’s latest as “ruthlessly violent.”