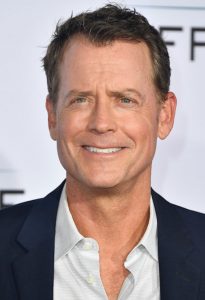 Greg Kinnear is currently in talks to star in a small-screen adaptation of H. G. Wells’ iconic novel War of the Worlds. Much like the Tom Cruise 2005 action flick, this re-telling will move the story’s events to the present day.

Merlin’s Howard Overman has created and written the adaptation that will feature 8 episodes and has been described as, “bold, fresh and relatable.”

This is not the only adaptation of War of the Worlds currently in the works, because the BBC will also be airing a 3-part mini-series later this year. This one will be set during Edwardian Britian and stars Rafe Spall and Eleanor Tomlinson.