Well, the best trailer in recent memory has landed, and it’s  for Jim Hosking’s out-there horror comedyThe Greasy Strangler. The film raised more than a few eyebrows when it premiered as a Midnight Film at Sundance earlier this year, with its outlandish grossness and John Waters-esque absurdist trash aesthetic.

The Los Angeles-set tale follows Ronnie, a man who runs a Disco Walking tour along with his browbeaten son, Brayden. When a sexy, alluring woman comes to take the tour, it begins a competition between father and son for her attentions. It also signals the appearance of an oily, slimy inhuman maniac who stalks the streets at night and strangles the innocent, soon dubbed ‘The Greasy Strangler.’ 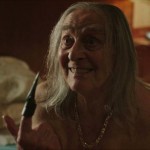 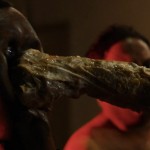 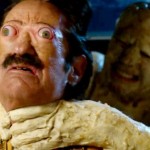 The Greasy Strangler will be unleashed in selected US cinemas and VOD on October 7th. It was recently acquired for UK distribution by Picturehouse Entertainment, the distribution arm of Picturehouse Cinemas, with a UK release planned for the same date. For me, it can’t come soon enough.