The Graboids Will Return Again in Tremors 6

Ron Underwood’s 1990 horror-comedy Tremors is nothing short of a genre classic, and a film all fans of creature features should have seen. Less vital, but mostly pretty fun are the film’s four straight-to-video sequels, which admittedly vary in quality quite a bit. One constant throughout all entries in the series is actor Michael Gross, who will return to fight the Graboids once again as survivalist Burt Gummer, in Tremors 6. 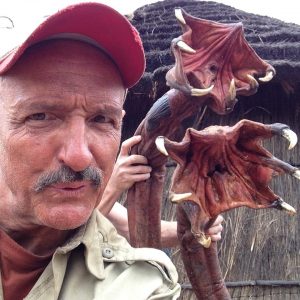 “IT IS HAPPENING!!! Tremors and Graboid fans, there WILL be a number 6!!! Universal Studios Entertainment announced to me today that this will happen. Can’t divulge too many secrets but to say that Burt Gummer, Jamie Kennedy and director Don Michael Paul will return for another.”

There is no word yet as to when the latest sequel will begin shooting. Meanwhile, the recently announced Tremors series is still in development at Amazon, and will see the return of original star Kevin Bacon.