Graboids Weaponised and Milked in Tremors: A Cold Day in Hell 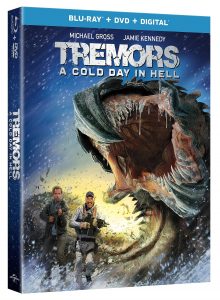 While we may have a little wait for the Tremors series to grace our screens, the sixth instalment in the film franchise is almost upon us.

Entitled Tremors: A Cold Day in Hell, the latest sequel to the cult 1990 monster movie is being released on Blu-ray combo pack, DVD, Digital, and On Demand on May 1st, from Universal Home Entertainment. Scroll down to see the mighty fine cover art, as well as a few stills and a full trailer which promises plenty of Graboids and Ass-Blasters, and a chilly arctic setting.

The Tremors 5: Bloodlines team of Don Michael Paul and John Whelpley reunited to direct and write the film respectively, while Michael Gross – who has been with the series since the beginning – reprises his role as gun-lovin’ survivalist Burt Gummer alongside Tremors 5 co-star Jamie Kennedy. 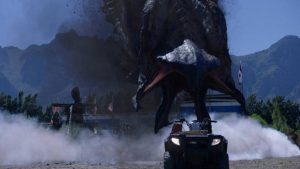 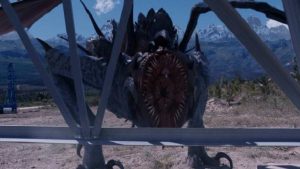 Synopsis:
Burt Gummer (Michael Gross) and his son Travis Welker (Jamie Kennedy) find themselves up to their ears in Graboids and Ass-Blasters when they head to Canada to investigate a series of deadly giant-worm attacks. Arriving at a remote research facility in the artic tundra, Burt begins to suspect that Graboids are secretly being weaponized, but before he can prove his theory, he is sidelined by Graboid venom. With just 48 hours to live, the only hope is to create an antidote from fresh venom — but to do that, someone will have to figure out how to milk a Graboid!