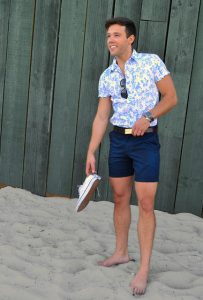 A late cast announcement has just been made for It: Chapter 2, with Gossip Girl’s Taylor Frey joining the cast as Don Hagarty. In Stephen King’s novel, Dan is the love interest of Adrian Mellon, who will be played by Xavier Dolan.

It: Chapter 2 will take place 27 years after the events of the first film, seeing the Losers Club return to Derry to put an end to Pennywise’s torment once and for all.