Production is complete on Gabriel Carrer’s surreal splatterer Death on Scenic Drive, and as if by way of celebration, this set of bloody stills has been released to give us a taste of the gory treats on offer. 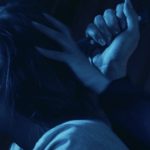 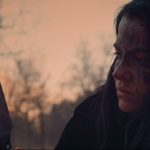 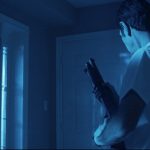 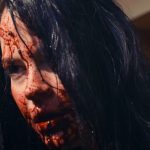 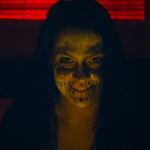 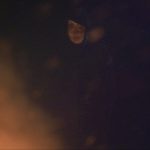 Canadian director Carrer has scored festival hits with previous films In The House of Flies and The Demolisher, which won Silver Audience Award at Montreal’s Fantasia Film Festival in 2015. He directed his latest from his own script.

Death on Scenic Drive tells of a young woman named Larissa who is consumed by a dark entity that transforms her into a version of Death itself. She uses her new identity to wreak a blood-thirsty campaign of violence against local farmer Dallas Henson and his family. Stephanie Ash stars in her first screen role as Larissa, with Ry Barrett as Dallas. As well as working with Carrer before, Barrett has appeared in several films from Canada’s Black Fawn Films, including Antisocial and The Heretics, the latter of which features on the cover of Scream’s upcoming issue.

Death on Scenic Drive is expected to hit screens in the coming months.