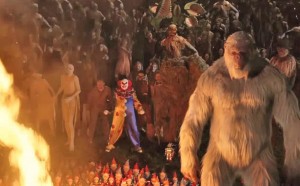 Synopsis:
Following the death of his father, Zach (Dylan Minette) and his mother Gale (Amy Ryan) move to the small town of Madison in Delaware in order to move on afresh.  Unknown to them, their new next door neighbour is cult author R. L. Stine (Jack Black), who has made a phenomenally successful career from writing disturbingly graphic and realistic horror novels for children.  It’s only when Zach falls for Stine’s daughter Hannah (Odeya Rush) and inadvertently opens one of Stine’s original novels – kept under lock and key in his study – that the secret behind Stine’s success comes to light with cataclysmic results for the townsfolk of Madison. 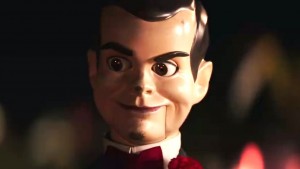 Which is where new monster comedy Goosebumps – based on the horror stories by real-life author R. L. Stine – works.  Here is a film which uses state-of-the-art CGI and special effects to its advantage, whilst retaining enough realism – in a 1980s, ‘All American’ fashion – to keep its appeal to both children and adults alike.  Here the children in the audience may get more from the references to author R. L. Stine’s phenomenally successful kid’s horror series which forms the film’s core.  But there are also enough nostalgic nods and knowing references to genre classics, that adults are unlikely to be embarrassed being seen watching it: the jokey slight against Stephen King for instance – which Stine makes in a fit of pique – will have those who know their stuff smiling at its sharp and clever references.

The film undoubtedly plays on the strengths of its horror genre elements:  it’s not afraid to blatantly feature numerous classic monsters in cameo appearances, whilst it’s use of Stine himself and references to his books are obvious.  For those who love vintage horror there is ample fun to be had spotting the host of references to such memorable creature features as The Blob and Day of the Triffids as well as the classic chiller Dead of Night, whilst a graveyard zombie scene could have been lifted straight from Michael Jackson’s Thriller. 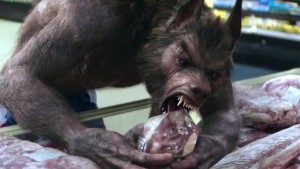 Moreover though, Goosebumps is pure joy simply because it is such a wonderfully sharp production.  As most horror aficionados will readily admit, a degree of grimy (almost substandard) filmmaking is acceptable with a lot of genre entries – adding some believability to a field frequently built around totally unrealistic scenarios – though this often results in the said films being released straight to DVD.  Occasionally however, it makes a pleasant change to find a film where horror is taken seriously and given all the glossy production values of a mainstream blockbuster.  Films like the aforementioned Gremlins and Ghostbusters did this and in the process won cult status with both horror and non-horror audiences alike.  And so too with Goosebumps.  Not only does it look smart – it’s reproduction of small town America and the all-American high school kids who inhabit it are spot on – but the outlandish predicaments in which the three central young people – Zach, Hannah and their friend Champ (Ryan Lee) – find themselves, are approached with just enough gravitas, to lend the farfetched proceedings a sense of believability. 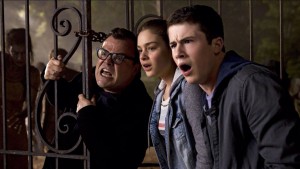 It’s often said children are the hardest audiences to write for, and the same could be said for filmmaking.  The secret is to never talk down to them, treating them as seriously as adults.  The success of R. L. Stine’s cult Goosebumps books stems from this approach, as does that of the film based on it, making it as appealing to adults as it will be to children.

Goosebumps showed at the London Film Festival in October 2015.  It opens nationwide in the UK on the 5th February, 2016.