When it comes to horror, R.L. Stein is a household name. Many of us grew up equal parts terrified and fascinated by his iconic Goosebumps stories. Going back even further into your childhood trauma, you might also remember his Fear Street series, which launched in 1989. Now those books are coming to the big screen—and Gillian Jacobs (Community, Bad Milo) has just joined the cast. 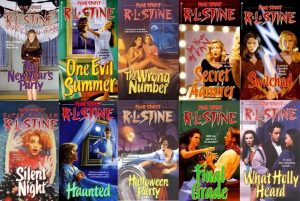 Directed by Leigh Janiak (Honeymoon), the Fear Street series will be comprised of three films which are set to shoot back-to-back. Jacobs will reportedly star in more than one of the films, playing a maintenance worker in a summer camp. Sadie Sink, Kiana Madeira, Olivia Welch, Benjamin Flores Jr., Ashley Zukerman, Fred Hechinger, Julia Rehwald, and Jeremy Ford will also star in the film series, which takes place over multiple decades.