Get Ready to Rock with the Trailer for American Satan 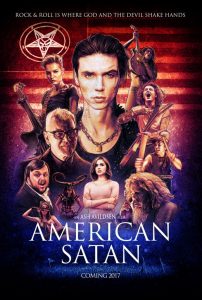 A new trailer has been unleashed for the rock ‘n roll horror film American Satan which stars the lead singer of the rock band Black Veil Brides, Andy Biersack. Coming from director Ash Avildsen (What Now), American Satan follows a young band as they drop out of college to move to the Sunset Strip and pursue their dreams of stardom.

The trailer shows the cast, which additionally features Denise Richards, Malcolm McDowell, Mark Boone Junior, Sebastian Bach and Booboo Stewart, as they become embroiled in the mysterious world of the Illuminati. All to a kickass rock-y soundtrack.

Be sure to catch American Satan when it hits some time in 2017.