Get Lost in Bizarro Trailer for Dave Made a Maze

Actor Bill Watterson (Ouija, Lost Planet 3) has made his directorial debut with comedy-horror-fantasy Dave Made a Maze and from the look of this trailer, it’s gonna be every bit as weird as its title.

The film stars comedian Nick Thune as Dave, an unproductive artist who vents his frustration by building a fort/maze in his living room, only to become trapped by the obstacles, booby traps and fantastical creatures of his own creation. Intent on finding Dave, his girlfriend Annie (Meera Rohit Kumbhani) leads a motley crew of ill-prepared explorers on a rescue mission into the maze. 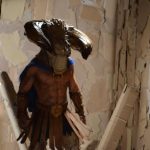 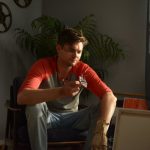 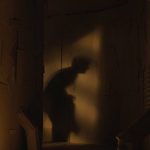 Dave Made a Maze employs puppetry, stop-motion and in-camera optical effects to bring its bizarre creations to life in a twisted, irreverent take on 80s classics such as Labyrinth and The Dark Crystal. It will have its world premiere in competition at the upcoming Slamdance Film Festival, which takes place at the Treasure Mountain Inn in Park City, Utah, from Jan. 20 to Jan. 26.