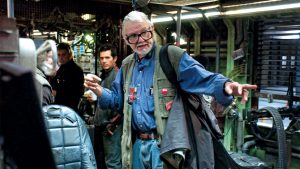 When the young Romero’s $114,000, black-and-white horror flick Night of the Living Dead opened to mostly negative reviews in 1968, even the audiences who watched enthralled could not have known what a landmark piece of cinema they were seeing. With this horror classic, Romero birthed the concept of the lumbering, flesh-munching zombie (although he has often pointed out that he had them labelled as “ghouls” at the time), changing the genre irrevocably and providing the blueprint for a sub-genre which has seldom slowed in the almost half-century since. Romero brought the dead back again a decade later with 1978’s game-changing Dawn of the Dead, and completed his original Dead trilogy with 1985’s decidedly more downbeat Day of the Dead.

The legendary filmmaker was not done with his most famous creations however, bringing fresh takes with 2005’s Land of the Dead, 2007’s Diary of the Dead and 2009’s underrated Survival of the Dead. At the time of his death, Romero was developing a long-awaited new instalment, titled Road of the Dead. 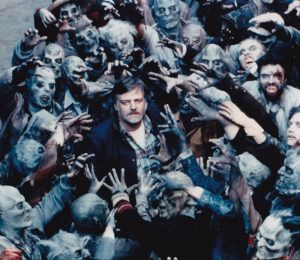 While Romero’s Dead films will undoubtedly remain his lasting legacy, he is equally celebrated within certain corners of the horror fraternity for his other works, in particular his poetic, ambiguous 1978 vampire yarn, Martin. His other notable horror works include 1972’s Season of the Witch, 1973’s The Crazies, Stephen King-penned anthology Creepshow (1982) and 1990’s Two Evil Eyes, which comprised of two stories, one directed by Romero, the other by Dario Argento. Romero’s lesser-known films include 1971 comedy drama There’s Always Vanilla, 1981’s Knightriders and 2000’s Bruiser.

The family’s statement said Romero died while listening to the score of one his favourite films, 1952’s The Quiet Man, with his wife, Suzanne Desrocher Romero, and daughter, Tina Romero, at his side. Tributes from fans and industry peers have poured in, including from John Carpenter, who tweeted: “George Romero was a great director, the father of modern horror movies. He was my friend and I will miss him. Rest in peace, George.” 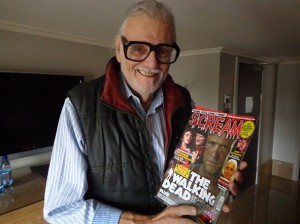 Modern cinema has lost one of its architects and a true original, as well as a gentle, thoughtful soul who went above and beyond to spend time with his fans. He will be missed in so many ways. Here’s hoping the afterlife has a smoker’s lounge.