Genre regulars are all Psychopaths in Mickey Keating’s latest 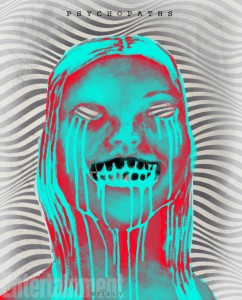 Casting news has come in for Mickey Keating’s latest, Psychopaths, which recently started filming in Los Angeles. Described as “a sprawling, psychedelic ensemble piece that follows several serial killers over the course of a single night”, Psychopaths is the sixth feature from the young filmmaker (pictured), following genre fare such as Ritual, Pod and Carnage Park.

While little is known about the characters, it seems that Trimbur plays a lead known as Blondie, with Villar playing Ricky Renolds.

Keating recently talked to Collider about the film, telling the site: “It’s a very kind of sprawling ensemble serial killer movie that’s very heavy-handed 70s, Paul Schrader-type violence…It’s the exact opposite of what Carnage Park is, it’s very colorful and energetic and crazy. There’s 20 characters in the movie so it’s very different.”

Keating’s survival horror Carnage Park (cast members from which are reunited in Psychopaths) premiered at Sundance last month, and will soon screen at SXSW.