Game of Thrones Star Joins The Haunting of Hill House 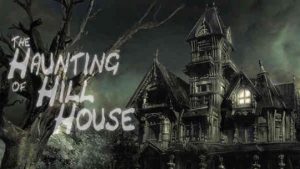 The first bits and pieces are trickling in concerning Netflix’s upcoming horror series The Haunting of Hill House, which is written, directed and executive produced by horror fave Mike Flanagan (Oculus, Hush, Ouija: Origin of Evil). As reported by THR, the first cast member has hopped aboard, in the form of Michiel Huisman (World War Z, The Invitation, Game of Thrones).

Huisman (pictured below) will play Steven Crane, a published writer of supernatural books, including a memoir about his family’s time living at the 80-year-old mansion of the title. 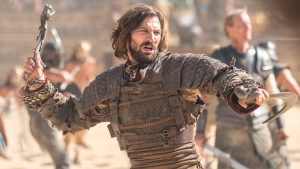 The 10-episode series is a contemporary reimagining of Shirley Jackson’s classic 1959 novel, first adapted by Robert Wise in 1963 for his masterfully scary horror classic The Haunting. The film was remade as a worthless mess of CGI and fright-free spooks in 1999 by Jan de Bont, but the less said about that the better. Trevor Macy produces the series alongside Flanagan. Amblin TV’s Justin Falvey and Darryl Frank will also exec produce.