Not the 1978 Bruce Lee classic but a super-gory, kill-or-be-killed splatterthon, Game of Death is sure to raise a few eyebrows when it screens as part of SXSW’s Midnighters section in March. Have a taste of the bloody mayhem on offer with these stills and festival trailer, and be ready for this to shoot to the top of your must-see list.

Billed as “Jumanji meets Natural Born Killers”, Game of Death treads in the footsteps of Jackson Stewart’s 2016 festival fave Beyond the Gates in terms of its premise of a retro board game bringing about all bloody Hell. Here’s the SXSW writeup:
“Kill or be killed is the golden rule of the Game of Death, which sucks for seven young friends who decide to play one sunny day. They quickly and gruesomely realise that if they don’t murder people, their heads will literally explode. Hence, they go on a killing spree, taking the lives of anyone they meet in their middle-of-nowhere town. The killer-instinct in each of them bubbles to the surface as their search for victims unravels into chaos. Divided, terrified and confronted with their own mortality, their drive to survive blurs with their desire to win the game. Will they turn on each other?” 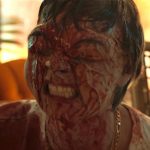 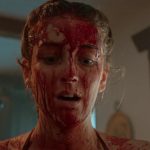 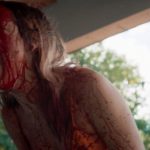 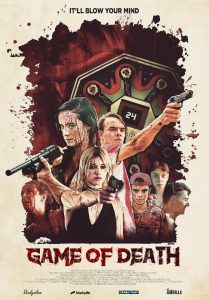 Game of Death has its world premiere at SXSW on March 13th, with encore screenings on the 14th and the 17th.