The Future is Still Bleak in Black Mirror Season 3 Trailer

Prepare yourself for more satirical cynicism and dystopian misery, because Charlie Brooker’s Black Mirror will soon be back on our screens for a third season. You can get a taste of what is on offer in this first trailer.

Having already presented us with a pig-fucking Prime Minister (before we all knew about old David’s penchant for such activities), brainwashing TV signals and the worst Christmas on record with 2014’s gleefully bleak special White Christmas, the acclaimed series still has some surprises up its sleeve, as creator and national treasure Brooker recently told Empire:
“I think if you said to people, ‘Picture the first episode of the new series of Black Mirror’, they would imagine someone frowning at a see-through phone in the future with drone strikes going off behind them,” he told the magazine. “Hopefully we’re keeping viewers on their toes so they don’t just think it’s someone having their life ruined by a phone. Although that happens, too.” 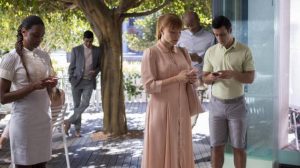 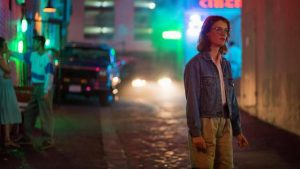 The initial six episodes will land on Netflix on October 21st.