FULLER SAYS NO ONE HAS GIVEN UP ON HANNIBAL

It seems like just yesterday that the third season of Hannibal reached its shocking and bloody climax. We’re actually coming up on the four-year mark—but creator Bryan Fuller is still hopeful about a resurrection. 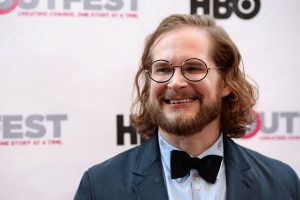 In response to a fan asking if there’s any news on the long-awaited fourth season, Fuller responded on Twitter: “No one has given up! I’ve made it clear I want to do it, the cast wants to do it and Martha [De Laurentiis] wants to do it. We just need a network or a streaming service that wants to do it, too. I don’t feel there’s a clock on it or an expiration date for the idea. We just need someone to bite.”

While the (as of now) final episode of Hannibal was just about as perfect a conclusion as one could hope for, there are so many unanswered questions and tantalizing avenues left for the show to explore. Did both Will and Hannibal survive the fall? What became of Bedelia (other than a meal)? What would Clarice Starling make of this incarnation of the titular cannibal? And perhaps most importantly, how many more cannibal puns could the writers slip in?

I for one believe we’ll find out eventually—when the teacup comes back together.