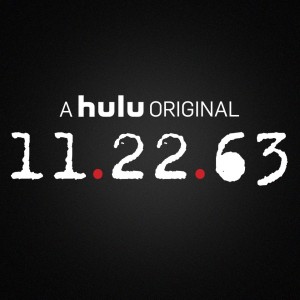 As part of their presentation to the Television Critics’ Association on Saturday, Hulu unveiled the full trailer for their upcoming series 11.22.63. Based on Stephen King’s masterfully expansive 2011 novel, the series will premiere in the US on February 15th, 2016. The ‘eight-part event series’ is executive produced by King, along with J.J. Abrams, Bridget Carpenter and Bryan Burk, with the first, two-hour part directed by Oscar-winner Kevin MacDonald (The Last King of Scotland, State of Play).

One of his finest works this century, King’s 11.22.63 is the tale of school teacher Jake Epping, who is given the chance to go back in time to 1958, where he must live for five years in order to prevent John F. Kennedy’s assassination. In Hulu’s series, Epping is portrayed by opinion-splitter James Franco. For the record, I sit firmly in the pro-Franco camp. Also starring are Sarah Gadon (Antiviral, Cosmopolis), Chris Cooper, Josh Duhamel and relative-newcomer and ex-Home And Away actor Daniel Webber as Lee Harvey Oswald.

With a strong cast and such an immersive, cinematic source novel, this one could be a real winner. You can check out the trailer below.