Guess who’s back, back again? It might just be Radu, the long-fingered vampire from the Subspecies movies! Full Moon Features recently announced on its website that the Subspecies series is returning for a fifth entry, a full 21 years after Subspecies 4: Bloodstorm was released, adding it’s “about damn time we saw our old pal Radu again… don’t you think?” 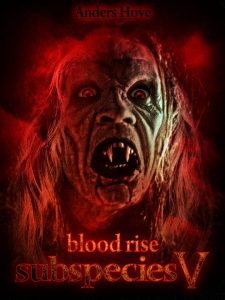 According to the poster, Anders Hove will be reprising his role as Radu Vladislav. The last time we saw the ancient vampire, his head was sitting on a pike and on fire, so it will be interesting to see how he gets out of that predicament.

The announcement came as part of a teaser for Full Moon’s Deadly Ten initiative, which will produce 10 new movies as part of a “bold new experiment in interactive feature filmmaking.” More details about the Deadly Ten banner will be released soon, but Full Moon has hinted that Subspecies fans should be especially excited about the initiative.