From Dusk Till Dawn Season One Exclusive Clip 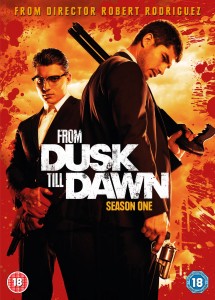 From Dusk Till Dawn Season One comes to DVD in the UK on September 22nd and we have an exclusive clip for you SCREAM MAGAZINE readers out there.

Fans of the 1996 film love the expanded story of the small-screen outing which again finds Robert Rodriguez in the director’s chair. Expect bigger action and more gore as the character’s you love from the film embark on a frightening journey into the depths of the Titty Twister.

From Dusk Till Dawn Season One is available to pre-order from Amazon now.