Have you heard the rumours….? Freddy Kruger might be making a horrific reappearance in 2018! Our fingers are crossed that this will actually happen but as always with the unpredictable film industry you never know and it’s not really over till the fat lady sings, or the freaky guy in a fedora slashes!

Either way, there’s something particularly intriguing about Freddy and his ongoing appeal. The screen legend has been going strong for over three decades now with his first appearance being in A Nightmare on Elmstreet back in 1984! In many ways Mister Krueger seems an unlikely character to take hold of the public imagination in quite this way, so we wanted to try and figure out what he had about him that was so enduring.

Let’s face it, Freddy’s no looker. He’s hasn’t that dark and intriguing quality of say, Christopher Lee’s Count Dracula, or the strange charm and cultivation of Doctor Hannibal Lecter. Freddy is in fact horrifically disfigured, like Robert De Niro’s Max Cady after the nasty fire incident on the boat in Cape Fear. Indeed he’s quite unbearable to look at-a revolting specimen in spite of his quirky striped jumper and iconic fedora.

Why do we love him then…? It must be to do with his clever approach which involves hunting his victims in their dreams. This is one of the great twists of the Elm Street series. That the one thing characters can’t do is drop off to sleep makes the films really compelling. There’s something about this idea of the horrors that surround sleep and the night that plays on fears that humans have had for centuries and even millennia.

Across human cultures the night can be seen to offer fright, and Freddy Kruger channels this timeless fear. Even today when we have such luxuries as the super king size bed to comfort us, we can still be unnerved by the simple idea of the monster lurking under the bed or ready to creep out of the wardrobe, or laying wait in our own nightmares!

It brings to mind Jungian archetypes stretching back to the beginning of human history- in nearly every community that has ever existed you can find Freddy Krueger type bogey men or nocturnal dark spirits in some for or another. It seems to be a habit we just can’t kick! 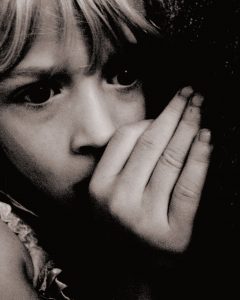 Why? Well maybe it simply comes down to the fact that we’re primarily visual beings. We rely on our vision for pretty much everything, which means that when the sun goes down we are immediately weakened and become easier prey. Losing our sight is akin to losing our greatest tool and defence against predators.

Alternatively, perhaps it’s because we’re so vulnerable when we’re asleep. Once the human organism has gone into deep sleep the heart rate slows, the muscles are placed into a kind of paralysis and the breathing becomes very slight (with the exception or snoring of course!). In other words it becomes defenceless against everything from burglars to the more fantastic creations of our imaginations such as demons and malicious beings.

Whichever it is, the fact is that there’s something weirdly potent about the Freddy Krueger character. Let’s just watch this space to see if he makes it to the movies again this year….