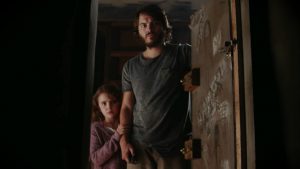 A father tries to prevent his daughter from leaving their dilapidated house, claiming it isn’t safe for them outside. But when an ice cream truck catches her attention, she becomes desperate to leave the nest.

The less you know about Freaks going in, the better. The mysterious script is meticulously plotted, leaving you constantly guessing and reevaluating whether characters are good or bad, crazy or sane—and who or what the titular freaks really are.

Written, directed, and produced by Zach Lipovsky and Adam B. Stein, Freaks stars Lexy Kolker as Chloe, a seven-year-old girl living with her dad (Emile Hirsch). But the house looks like something straight out of a post-apocalyptic thriller, its windows boarded up and its door barricaded with half a dozen sturdy locks. Worse, Chloe’s dad seems increasingly paranoid, possibly even dangerous, as he drills his daughter on her fake identity and screams at her when she tries to peek outside. And when he is unable to fulfil Chloe’s request for a frozen treat, she is lured by the call of the ice cream truck that keeps conveniently pulling up outside—but its driver Mr. Snowcone (Bruce Dern) may not be all that he seems.

Freaks has some underlying themes about how the government and society treat certain groups, but it never bashes you over the head with its message. What it does do is tug at your heartstrings and leave you anxiously worrying about the fates of both this feisty little girl and her possibly schizophrenic father. The obvious love between the two makes it hard to watch as dad rants and raves and wipes the blood from his eyes, simultaneously dragging Chloe closer and driving her away.

Hirsch is excellent in the role, walking a very fine between likeable and sinister. Dern steals every scene he’s in, swearing his way through the film in a way that helps to comedically offset some of the darker moments.

But a movie like this really hinges on the performance of the child actor, and thankfully, Kolker does not disappoint. Playing perfectly off Hirsch’s energy, she taps into that unsettling nature children have before they fully develop a moral compass, leading to some of the film’s most shocking and brutal moments. Freaks does not pull any punches, and as the plot plows relentlessly into its climax, you’ll find yourself rooting for the heroes while wondering deep down whether the bad guys don’t have a point after all.

The film isn’t perfect: it struggles with some pacing issues early on, and a few of the characters’ decisions aren’t always the brightest. The heavy use of one interior location betrays the low budget, but this ultimately helps build the claustrophobic feeling inside the house, and some impressive special effects and set pieces in the final act certainly make up for the frugal first act. There’s enough action and heart to help you forget the shakier moments, and while its reliance on reveals will likely make it less interesting the second time around, the first watch is really something special. 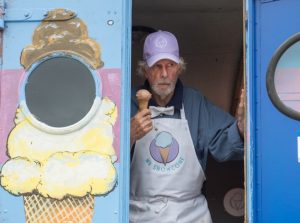 Blending the best parts of the horror, sci-fi, and fantasy genres, Freaks is an unpredictable and engaging film that will leave you wanting to know more about this world. And with an ending that leaves the door open for a possible sequel, maybe we’ll get to see more of what lies beyond the deadbolts soon.