The Frankenstein Chronicles will hit Netflix in the USA

If you’re in the USA and you’ve been eager to catch The Frankenstein Chronicles, then you’ll be glad to know that the US Netflix will be streaming the 6-episode series as a Netflix Original in 2018. 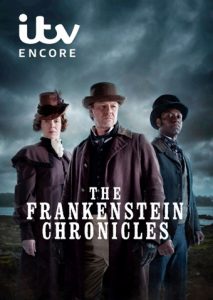 The Frankenstein Chronicles stars Sean Bean as police officer John Marlott who discovers a corpse made up of the parts of different children. His investigation leads him to realise that senior establishment figures and demonic forces are involved. So, expect a blend of crime and the supernatural.

As well as Sean Bean, The Frankenstein Chronicles stars Richie Campbell, Vanessa Kirby, Eloise Smyth and Elliot Cowan. There are currently 2 seasons of the series, which has been praised for its atmosphere, but criticised for wandering too far away from Mary Shelley’s original novel. I suppose you’ll be able to make up your own minds when the series hits US Netflix in 2018.