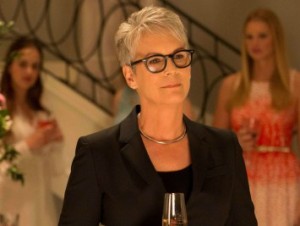 Fans of Fox’s Scream Queens will be pleased to know that season 2 has been confirmed and is on its way. Co-created by American Horror Story’s Ryan Murphy, the show’s first season saw a group of killers descend upon a sorority at Wallace University. Leaving the campus setting behind, season 2 will take place in a hospital, where “some most fascinating and bizarre medical cases are under observation,” Fox have declared.

No cast announcements have been made, but Deadline have reported that Jamie Lee Curtis will be back, 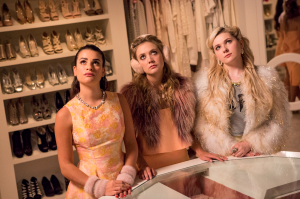 and a number of the lead cast members are said to have multi-season contracts. According to Fox boss Gary Newman, “It really hasn’t been decided who’s coming back and how many of them will be playing their old characters. [Creators] Ryan and Brad and Ian are actually working right now on that. We’ll actually be sitting together quite soon and getting their take on it. Our instinct is that at least a few of those characters will be back as the same actors playing the same roles, but it will be anthological in that there will be a time jump and they’ll be in a different setting.”