A new image has been revealed for the upcoming game sequel Outlast 2, which is extremely threatening and foreboding. It’s a gorgeous piece of artwork which successfully captures the thread of menace present throughout the first game. 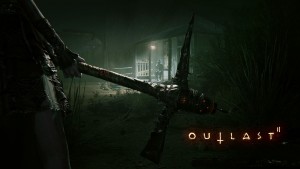 If you haven’t already, check out a teaser trailer for Outlast 2 below which boasts a strong soundtrack and a literally blazing visual style. We’re very excited to give Outlast 2 a go when it’s released this year, and we hope you are too. If it’s as bloody, jumpy and downright terrifying as the first, it’s going to be a delight.

Outlast 2 will be released this autumn on PC, Xbox One and PS4.