A trailer landed on Wednesday for psycho-thriller The Follower which, it must be said, looks to be taking more than a few cues from Misery. It stars Erika Christensen (Swimfan, TV’s Parenthood) as a singer who is rescued from a plane crash and looked after by a super fan (newcomer Bethany Lauren James) whose obsession grows increasingly nasty. Lauren James’ Evelyn is channelling Annie Wilkes for sure, at one point in the trailer even resembling Stephen King’s batshit character in her Kathy Bates incarnation. 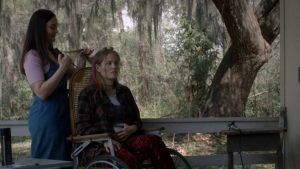 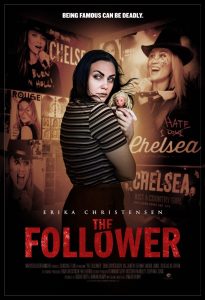 Tragedy strikes when Chelsea’s flight back home crashes in the wilderness. The only other survivor of the crash, Evelyn King, who just so happens to be a huge fan of Chelsea, pulls her to safety. As Evelyn cares for Chelsea’s wounds, she becomes increasingly obsessive. Chelsea begins to realise that her caretaker may have more sinister plans in store, and she must find a way to overcome her injuries in order to escape from Evelyn, whose insane adoration may ultimately be Chelsea’s demise.

It’s really hard to know if the trailer was supposed to turn out so melodramatic but either way, it’s a fun one to watch and the film could well be too.

The Follower will hit Digital HD and OnDemand platforms on April 18th.