Kate’s father didn’t even wait for his wife’s death before starting an affair. He’s been seeing Gillian on the side while his wife fades away from cancer. This is too much for Kate to take. Our story begins in the aftermath of Kate’s attack on her father’s mistress. This is just the beginning of the powerful fall out and back story woven in Follow Me into the Dark.

Kate’s grief and rage over her mother’s sad fate is completely overwhelming to her. It consumes her every waking moment and she struggles to keep it together in day to day life. It is Kate’s character that we empathise with most. The author introduces us to her pain and gives authentic insight into her feelings. The release of her rage is brutal and merciless. Her temporary coping mechanism is to use the order of baking and following a recipe. Kate’s relationship with both her parents is beyond complicated.

The insight and empathy is not just for the main protagonist. Throughout the narrative the point of view switches to different people including Gillian. This is a great device which enables the author to show the other side of the story. It shows that Gillian is a human and not just a one dimensional adulteress. We get the perspectives of all of the major characters including Jonah and his alter ego Lionel. Jonah is Gillian’s brother, but is he also the serial killer known as the “Doll Collector” who sews up the mouths of his female victims? We still get interesting backstory even for more minor characters, such as Lucia, Jonah’s one-time girlfriend. 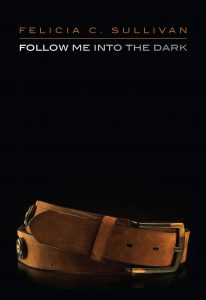 The characterisation throughout is wonderful. All the characters have quirkiness and tragedy. They have had hardship and trauma in parental and other relationships. They have struggled with careers, health, and coping with ageing. The majority of the players in this story have been denied love by their parents and that has had serious psychological effects on them. Over multiple generations, we see the repetition of a pattern of terrible mothers and fathers and what a lack of love for your own children coupled with emotional abuse can result in.

The story is more driven by the characters and flashbacks than linear plot points. For some readers, that’s going to make it a bit less accessible. The plot jumps around from generation to generation and backwards and forwards in time. This is a complicated read. If you’re looking for a typical serial killer thriller, this is not it. The book is exceptionally dark and filled with abuse. It’s bleak and depressing but powerful.