Originally titled Grave, the French/Belgian co-production will be distributed worldwide by Focus, with a handful of territories (including France, Israel, Australia and Latin America) excluded. Julia Ducournau directed the film, which had its world premiere in the International Critics’ Week section at Cannes this year, where it won the FIPRESCI Prize. 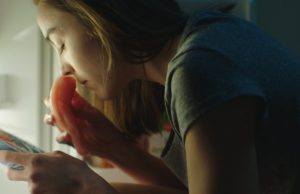 Ms. Marillier portrays the teenaged Justine, who commences her studies at veterinary school to follow in her family members’ footsteps. Raised as a vegetarian, Justine is pressured at school to try meat for the first time. Once she does, she plumbs both the depths of her own soul and tests the limits of her darkest cravings.

Raw will be released in France on March 15th, 2017, with Focus World putting the film into US cinemas around the same time.