They All Float Down Here; New Teaser for AHS Season 7 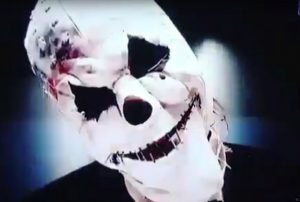 An intriguing teaser video has reportedly been released for the upcoming seventh season of the hit series American Horror Story. Showing a twisted clown and a set of floating balloons – including a lovely red one – the inspiration from Stephen King’s It can’t be ignored.

You can also check out a new image “clue” from Ryan Murphy on Instagram right here. He asks us to guess the title and a few people have suggested The Hive, Suburbia and AHS: Camp. The image shows a person covered almost head-to-toe in bees. What has this got to do with an election!? Time will tell.