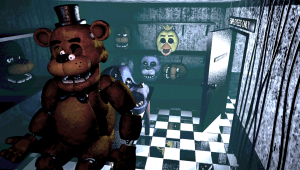 Five Nights at Freddy’s has spun countless sequels out of an incredibly simple idea and helped put several YouTube gamers on the map. Now the popular horror video game franchise is coming to virtual reality with a spinoff published by Lionsgate.

Called Five Nights at Freddy’s VR: Help Wanted, the game allows players to relive old levels and discover new ones in an immersive world. It will be coming to the PSVR, HTC Vive, Oculus, and Steam.

There’s no confirmed release date for the game, but it’s expected to be available by the end of the month. You can check out the teaser for the game below.