First Two Images Arrive from the Set of Halloween

The first two images have arrived from the set of David Gordon Green’s anticipated Halloween sequel and they show the return of Laurie (Jamie Lee Curtis) with director Green and The Shape (Nick Castle). How exciting! 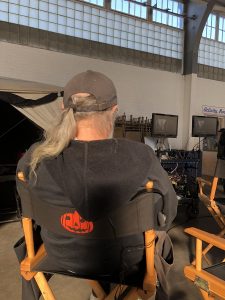 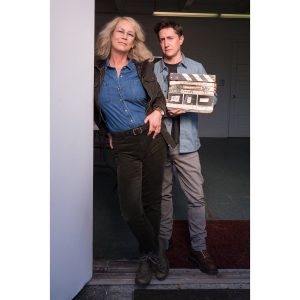 Green’s Halloween will continue after the events of the first film, so ignore the many sequels that we’ve seen since 1978; this will be 40 years on.

Synopsis:
Laurie Strode comes to her final confrontation with Michael Myers, the masked figure who has haunted her since she narrowly escaped his killing spree on Halloween night four decades ago.